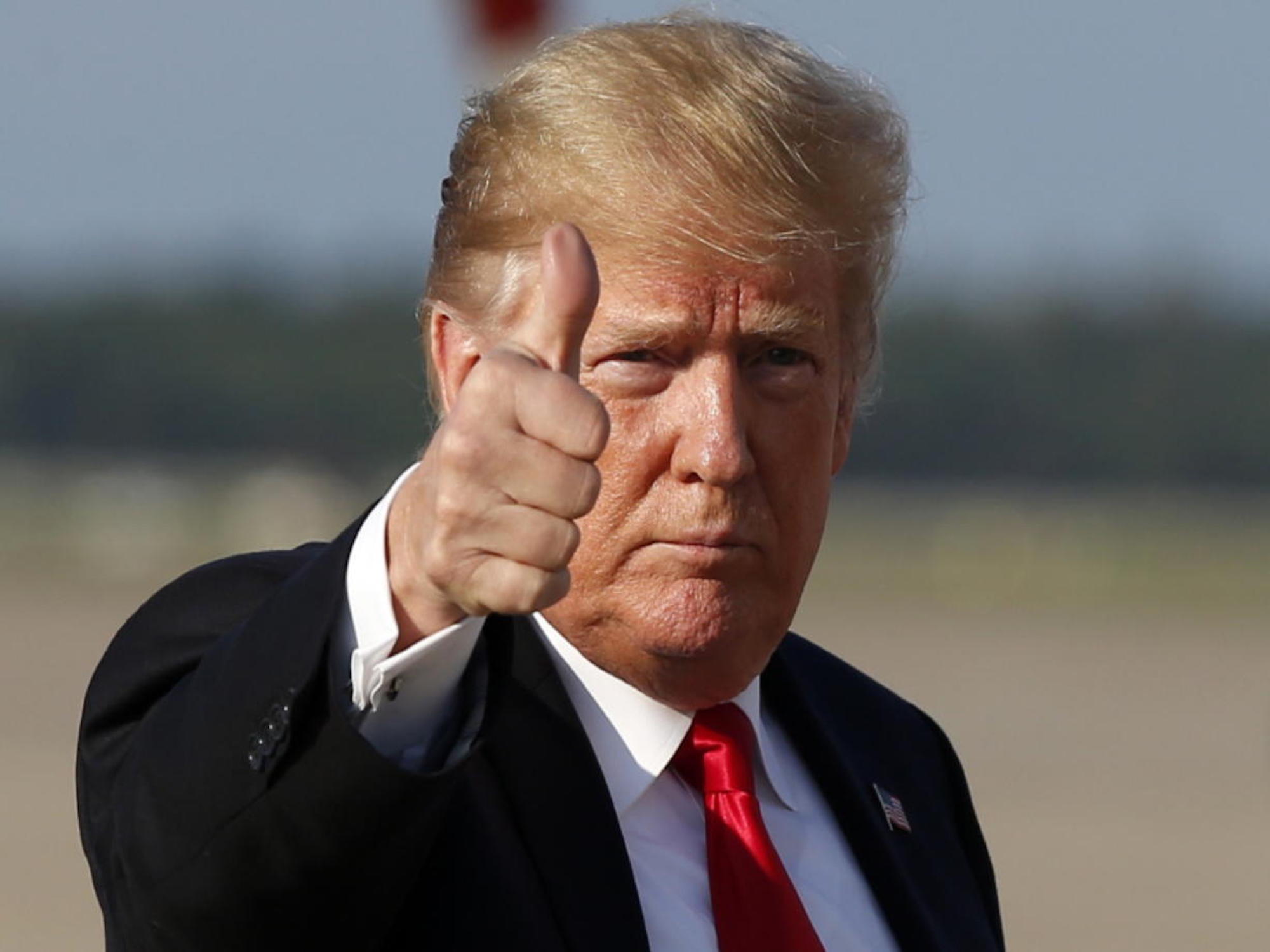 In the most surprising tweet of his presidency, Donald Trump stated he has gone vegan. He confirmed the tweet at a press briefing on the coronavirus on Friday. A reporter asked if he had decided to forgo meat, dairy, and eggs to improve his health following his bout with COVID-19.

“Thank you for the thoughtful question,” Trump replied. “I’m doing it for ethical reasons. Eating animals isn’t consistent with my values. I’m preaching kindness and I’m the best environmental president ever, and then I’m contributing to terrible cruelty and pollution when I eat. It wasn’t right.”

Trump added, “A guy comes up to me the other day with tears in his eyes, and he says, ‘Sir, but what about my cows? I need to slaughter cows.’ I told him he can kill his cows, but Trump isn’t going to eat them, okay? It is what it is. There are good people on both sides, but all of the White House food will be vegan during my second term.”

When a reporter asked him if he will still eat McDonald’s, Trump said he will go for the new McPlant menu. “Melania made me some Just Egg vegan french toast. Really fantastic,” he said. Trump said he has been enjoying several plant-based dishes and has plans to publish a Vegan MAGA cookbook with Steve Bannon and Stephen Miller called “The Vegan Proud Boys.”

Trump’s followers were not surprised by his announcement, given this stunning 2015 interview, although his record on animal rights provided little evidence that he would go veg. Following the tweet, Trump experienced the biggest decrease in his job approval rating from 42% to 0%. QAnon, Russian trolls, Evangelical Christians, Kidd Rock, and the KKK said they can no longer support him if he’s going to show compassion.

Trump said he plans on teaming up with Tracey and Jon Stewart to open the “Be Best Farm Sanctuary” at Mar-a Lago in February. Jared Kushner will be in charge of animal rescue efforts.