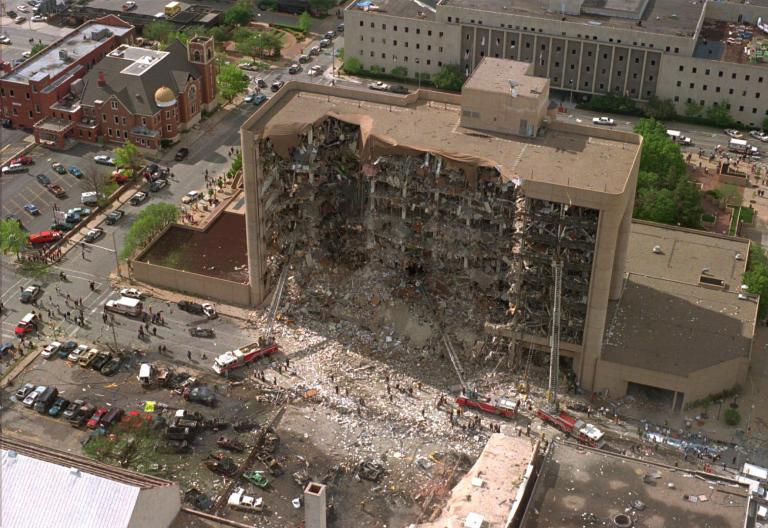 “We need to be suspicious of all white people,” Homeland Security Secretary Jeh Johnson explained. “If you see any white people acting unusual, report them to authorities immediately. If one of them is guilty, we can assume they are all guilty by association. We’re going to start policing churches, baseball games, and bars to find out what’s going on. Something is going on. That I can tell you. I’m not saying it but that’s what people are saying.”

“The only way to solve this problem is to call it what it is: radical white terrorism,” President Obama explained. “If we can’t say those words, there is nothing we can do to stop it. I’ve instructed the FBI and everyone at Homeland Security to deploy every resource in their power to require people to repeat those words.”

Gun store owners reported record sales as Americans flocked to stockpile weapons to protect themselves from white America. “If the people in the Oklahoma City Federal Building had a gun while they were sitting at their desks working, maybe they could have stopped that truck bomb from exploding,” a citizen explained. “Until we can ban all white people from the United States, I won’t feel safe.”