LAS VEGAS–A group of animal activists disrupted Hillary Clinton during a speech in Nevada on Thursday. The protestors held up signs reading “Until Every Cage is Empty” and “Torturing Animals is not Progressive.”

“Apparently these people are here to protest Trump because Trump and his kids have killed a lot of animals so thank you for making that point,” Secretary Clinton told the audience. 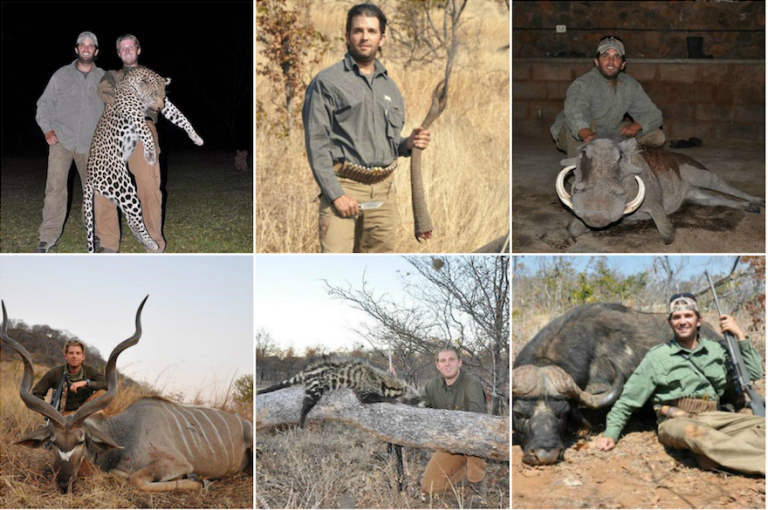 Secretary Clinton’s response is fascinating and instructive for several reasons:

1) Donald Trump’s sons hunt for sport. They kill elephants, alligators, leopards, and other wild animals for fun. Trump has expressed his pride in his sons for killing animals and has mentioned how much they enjoy it. He has also stated that he doesn’t believe in climate change and might only “leave a little of the environment,” one of many statements indicating a Trump presidency would likely be catastrophic for animals, people, and the planet. It is a positive outcome that Clinton drew attention to the Trump hunting sprees (photos of them hunting have blanketed the internet today), however, the protestors were attending the event to engage Clinton and her supporters, not Trump.

2) Secretary Clinton includes a section on animal rights on her website, a welcome step and encouraging sign from a presidential candidate. President Bill Clinton and Chelsea Clinton experimented with plant-based eating. President Clinton has expressed how much better he has felt as a result. Thus, Secretary Clinton is familiar with animal rights and veganism. She is also aware that she has significant room to improve her positions on animal agriculture, fracking, and other related issues.

3) Secretary Clinton should not have used the protest for political purposes by shifting to Trump’s unapologetic cruelty to animals. Instead, she should have addressed the issue. Here is how she could have responded: “I want to thank these protestors for exercising their First Amendment rights. I support free speech even when I may disagree with it. In this case, I support these activists since they are standing up for animals. If you visit my website, HillaryClinton.com, you will find a list of positions I’ve taken to support wildlife, domesticated animals, horses, and many others. While I realize we still have room for improvement and we may not agree on every issue, it’s a start. As your president, I look forward to hearing from people from all walks of life to learn how I can best serve the interests of all Americans. I hear you and I care.”

Some people have argued that animal rights activists should not disrupt a Hillary Clinton rally because she is the more progressive candidate. That’s exactly why they should. She is more prone to listen and act. People shouldn’t be so afraid of protests. It’s a healthy exercise in a democracy to combat the status quo. It’s often how issues gain attention and steam.

The problem isn’t the volunteers taking a stand for animals. They deserve praise for their compassion and determination. The problem is that politicians and government officials in positions of power aren’t doing enough to protect animals.

If you care about animals, please contact Secretary Clinton and politely ask her to further explore, expand, deepen, and prioritize her positions on behalf of all animals. Until every cage is empty.

6 thoughts on “Why did Animal Activists Interrupt Hillary Clinton?”