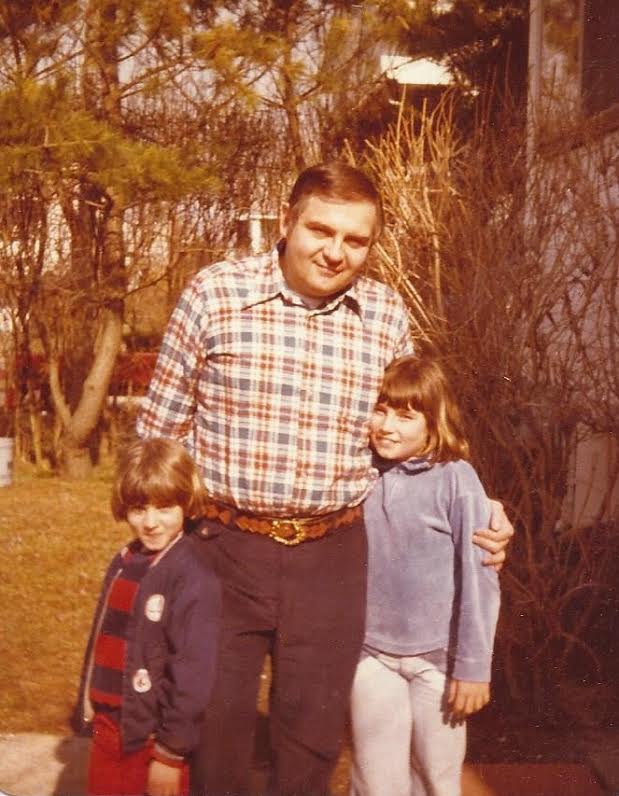 I read this eulogy at a celebration of my father’s life. I hope it reminds you that life is precious and inspires you to cherish the time you have left with the people you love.

Not too far from here, my father attended Yankee games with his father and played stickball on the streets of the Bronx with his friends. He dreamed of hitting home runs like Joe DiMaggio, catching like Yogi Berra, and stealing bases like Phil Rizzuto. Your status as a stickball player, he explained to me, was based on how many sewer caps you could hit the ball over. My father passed that test as a child, but he passed much more impressive tests as a father.

Thank you for joining us today to celebrate the life of my father, best friend, hero, and mentor, and your family member and friend.

It is fitting that we have gathered here today in the city where my father grew up, that he knew so well, and that he loved so dearly. Sometimes I close my eyes, and I can see him laughing at a Buddy Hackett joke or Car Talk on NPR, holding my hand as we cross the street on our way into Yankee Stadium, carrying me on his shoulders as we walk through Central Park, or driving to see his beloved Aunt Sophie in the Bronx. I have so many fond memories of my dear father and for the privilege to share those opportunities with him in a world where so many children grow up without fathers or with disengaged fathers, I will always be grateful.

During our years together, my father read to me at night, tucked me into bed, pushed me on the swings, threw a Wiffle ball to me in the backyard, took me to baseball card shows, laughed at my jokes, replaced my goldfish, and protected me from harm. He built me a sandbox, brought me home a dog and taught me how to be kind to animals, took me into town for pizza and a game of pinball, and drove me to spend time with family and friends. He taught me the value of hard work and led by example, kept a roof over my head, and made sure I never missed a meal.

He kept calm and never complained in my presence – a truly remarkable discipline. He taught me how to drive while using his imaginary brake, inspired me to be a summer camp counselor, and walked me through every relationship and job. He prepared me for every interview and helped me write every speech. He sparked my interest in politics and civic engagement. My Dad was present for every frustration, every challenge, and every celebration. He looked me in the eyes and told me he was proud of me.

He gave me the greatest gift any parent could give a child: unconditional love. There was never a minute in my life when I felt my father didn’t love me. Wherever my Dad went, I wanted to go with him. He took an interest in everything I did. He was a great listener. But most of all, he gave me his time. And most importantly, every week for many years, he would go to the grocery store and bring me home four bags of Bachman’s pretzel rods. In my eyes, that act of generosity alone made him deserving of the Nobel Peace Prize.

What a run we had. How I miss my Dad.

My father was the funniest person who didn’t know he was funny.

He was not a person who used technology. Waiting for him to learn how to use the internet was analogous to leaving the runway lights on for Amelia Earhart. So, I had the great privilege of transcribing his dozens of letters that he would dictate to me through the years. Now while this was a job that I was honored to do as I would have done anything to support him, it is also true that it tested the upper limits of my patience. Maybe it was a test. Here’s a reenactment: “First sentence. Capital A. As you may know. Comma. I spoke with you last week regarding my car. Period. New sentence. Capital I.”

My father was very descriptive. He found great humor in people who were off the beaten path. He called them “characters.” How was bridge today?” I would ask him. “A bunch of characters. You should see the characters at that place,” he would say. “How was dinner?” I would ask. “Andrew,” he would say with a pregnant pause while nodding his head in disbelief, “I’ve never seen so many characters.” I would laugh and tell him, “Dad, you do know those people are saying the same thing about you, right?” And he would laugh. And I would say, “No, I mean it, Dad. You are the ultimate character.” And he was.

My father loved to teach me life lessons. Even if I didn’t show it, I always processed what he told me and remembered his advice. I would like to share the most valuable lessons my father ever taught me:

1) Something that bothers you today, you will likely forget even happened a few days from now. Keep perspective.

2) Take the high road. Don’t let people who mistreat you see that they affect you.

3) Be there for people in their time of need.

4) Fight relentlessly for what you believe in. My father refused to accept no for an answer when he believed in a cause.

5) Be grateful for what you have. I don’t think he ever told me that. He just showed me. He wore socks until they had holes – and continued wearing them with holes. He drove a car until it could no longer be driven. He lived modestly and cared nothing for material possessions.

6) And finally, believe in yourself. Why not? he would often ask.

I realize now, a good parent never truly leaves us because the lessons endure. My father was a great giver of advice. His purpose in life was to be a good father. Nothing mattered more to him.

To say my father lived for my sister would be one of the great understatements of all time. He was so interested in her life, cared so deeply for her well-being, and would check to make sure we were keeping in touch. I can still hear him saying, “Did you fax your sister?” “Fax her what?” I would ask him. “Andrew, whatever it’s called,” he would say. “Do you mean email?” I would ask him knowing full well what he meant but enjoying giving him a hard time. “Fax, email, what’s the difference!” he would say. “Well, only about 20 years,” I would explain. But he loved everything about my sister — her stories about snow, work, relationships, her artwork, and anything else she would share with him. ‘Your sister,” he would say. “She is really something.” Of course, I already knew that. We share a special bond and familiarity with our family history that only a brother and sister can share. She flew down from New York to be with me for many days after our Dad passed away and I will always be grateful for her presence and love. I also want to thank all of our family and friends who walked us through the most difficult days of our lives and supported us.

We will live the rest of our lives trying to be good people and to do good for others in our Dad’s honor. We will try to emulate his remarkable humility, happiness, patience, and optimism. And whenever we doubt ourselves, whenever we lose our way, whenever we stop believing that we can accomplish something, we’ll hear our father say to us in whisper, as he so often did, “Why not?”

My Dad was the Lou Gehrig of parenting. He was the best home run hitter I’ve ever known. And today, I enshrine him in the Parent Hall of Fame. There were no more sewer caps to clear. As a father, he cleared them all. This was the kindest man we have ever known and the greatest father any child could ever imagine. And today I consider myself the luckiest son on the face of the earth and I’ve got an awful lot to live for.

And now, instead of a moment of a silence, I would like to close this celebration by playing the theme song from my father’s favorite movie, Chariots of Fire. As it plays, I hope you will think of your fondest memories of our father, hold him close to your heart, and say goodbye in your own way.

11 thoughts on “A Eulogy for my Father”