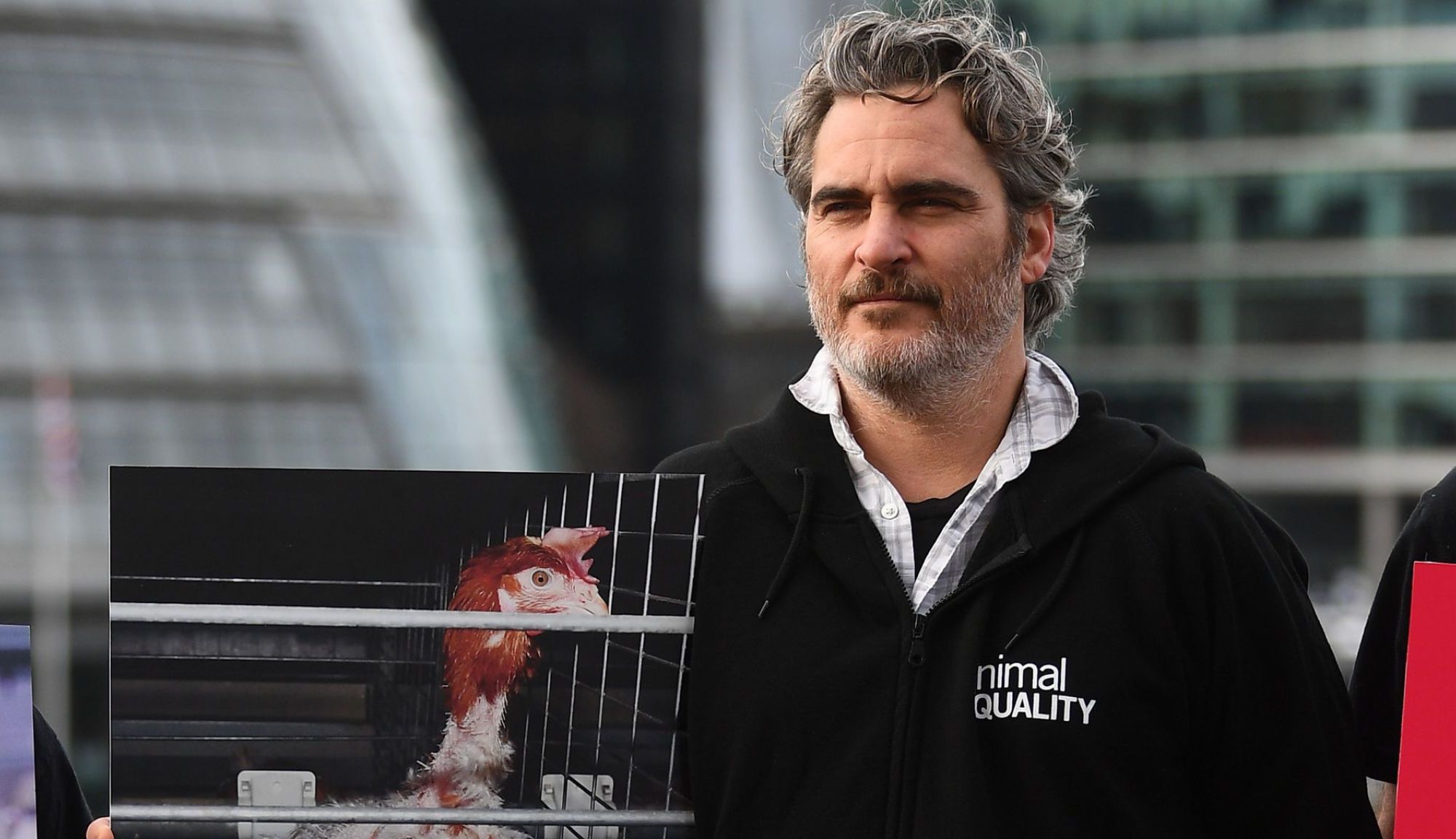 We have more cows and more milk than anybody knows, and there isn’t a cow in the world that is anguished when her calf is taken away for more than five minutes because she doesn’t remember it. It’s a gift of God. They don’t have the capacity for hope and fear.

Humanity has to feed itself. The means by which we do so has been given to us by God. We are the stewards of. These people are literal fools. They don’t know what they’re talking about. This is not even liberalism. This is just some sort of feel-good wackoism that seeks primacy by placing humanity on no higher level than any other living organism.” (Source: RushLimbaugh.com)

Here’s my response to Rush Limbaugh:

It’s sadly ironic that after receiving the Presidential Medal of Freedom, an award bestowed upon people for their contributions to world peace, you attacked Joaquin Phoenix for promoting world peace. It’s an unnecessary reminder that you’re undeserving of the award and that Trump merely used you to gaslight his opponents.

Humanity is not at the “center of the universe.” Your thesis is born out of ego, selfishness, insecurity, shortsightedness, and a lack of respect for other species that share the planet.

You stated we’re the “stewards of the universe.” We have no more right to inhabit the planet than any other species. If we’re stewards, we’ve failed miserably. Humans have taken a wrecking ball to our forests, oceans, lakes, land, air, and drinking water. We’ve drained oceans of life, wiped out species, recklessly warmed the planet with pollution, tortured the most defenseless among us, and threatened life on earth with irresponsible policies, greed, and unthinkable disregard.

Killing animals isn’t compassionate, as you suggest. Your lack of empathy and disinterest in rethinking archaic cultural norms doesn’t justify the status quo. Slaughtering billions of animals for food when we don’t need them to survive is cruel and ruthless domination.

Your statement that we should kill cows because there are too many of them is ignorant and horrifying, but not surprising given your history of callousness. The so-called abundance of cows is the result of maniacal breeding for slaughter–a process so evil that most people can’t watch it. It isn’t a gift from God; it’s a nightmare from industrial factories. By your twisted logic, people could be infinitely bred and used for any purpose because there are too many of them.

Despite your baseless claim that cows are mindless, research indicates cows are sentient–they form strong emotional bonds and experience fear. Wanting something to be true to suit a selfish narrative doesn’t make it true. You can create a reality in your mind, but not in ours. We have access to an abundant supply of plant-based food from trees and the ground. We don’t need to eat animals to survive, so you’ve presented a false dichotomy.

Based on statements you’ve made throughout your career and your disdain for freedom and truth, your medal has no meaning. You may have the medal, but Joaquin Phoenix has the respect that goes with it.