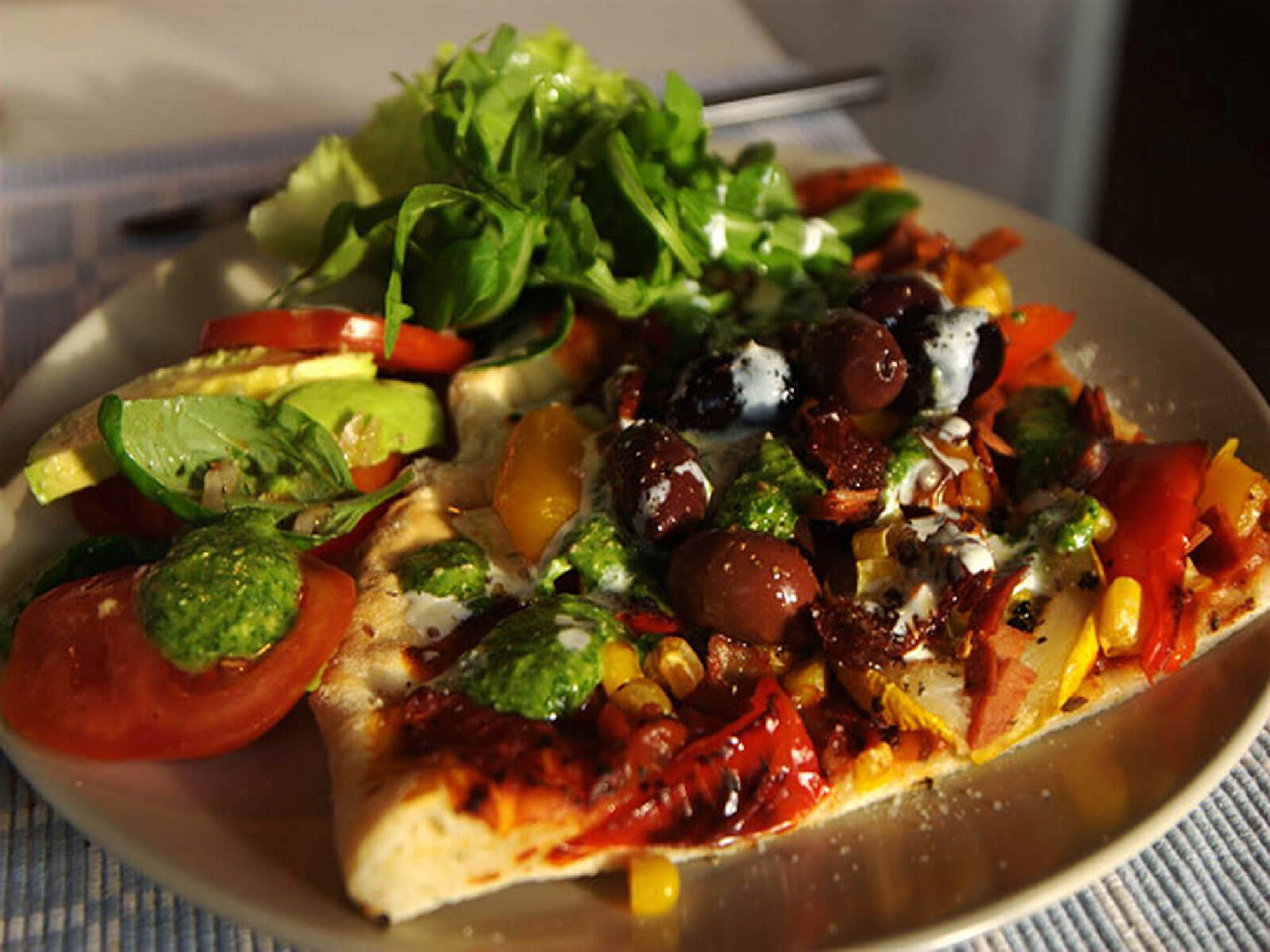 Meatless Monday continues to sprout in corporate, hospital, and K-12 school and college cafeterias. Started in 2003 in the United States, Meatless Monday is now present in countries not known for being bastions of veganism, including Hong Kong, Kuwait, South Africa, Sri Lanka, Korea, Slovakia, and Japan.

The concept is simple: forgo eating animals on Mondays, a day 58% of people view as a fresh start and a time to get their act together, according to a 2017 poll by Data Decisions Group. The rationale for the incremental approach? In the same survey, 82% of respondents indicated they prefer to take small steps to achieve their health goals as opposed to making a complete change in eating habits at once.

Research indicates three times as many people are willing to cut their meat consumption by 50% as opposed to those willing to eliminate it entirely, according to the nonprofit research organization Faunalytics. The results from a 2012 FGI survey indicate Meatless Monday inspires people to cut back on meat consumption and to eat more plant-based food. This data suggests promoting a reduction in meat consumption over total abstention may result in healthier eating habits and the most significant reduction of animals killed for food.

Additional research on the impact of Meatless Monday would further bolster its case. Researchers should conduct pre- and post-surveys in cafeterias to accumulate data on what works. What type of plant-based food is being served? What if the meals provided are low-grade examples of, for example, a plant-based burger? Is it possible bad examples of plant-based meat may cause participants to permanently dismiss it? Are affordable, convenient, and taste, texture, and smell comparable meat alternatives being provided? Which Meatless Monday options are most popular? (An Impossible Burger, although less healthy and more costly than broccoli, will likely be more popular with students.) What are people’s perceptions of the plant-based meals served? How many people are changing eating habits as a result of the introduction? How many people are sustaining changes? What is the result in terms of animals saved, reduction in carbon footprints, and health care costs?

This data should be aggregated and used to persuade corporations, hospitals, and schools to participate and legislators to subsidize Meatless Monday campaigns to reduce health care costs and climate change. Further, animal advocacy organizations should use the data to either validate, revise, or end their promotion of the campaigns based on the results.

Meatless Monday proponents suggest encouraging people to forgo meat on Mondays improves people’s health (the advertised objective of the campaign), reduces climate change, saves farm animals’ lives, and introduces people to the ease of sustainable plant-based living. Supporters cite the John Hopkins Meatless Monday Project that resulted in a marked increase in vegetable purchases following their experiment and a decrease in meat consumption as evidence of the effectiveness of the initiative.

The headlines from Meatless Monday campaigns usually focus on environmental impact and health rather than animal welfare. The stories may help educate the public about the pitfalls of eating animals. For example, a recent story in Food & Wine magazine stated, “Chicken nuggets and sloppy joes may be school lunch staples, but research continues to show that too much meat consumption can be bad for both people’s health and the environment, so the city of New York has decided to take a typically progressive approach by introducing ‘Meatless Mondays’ at 15 of the city’s public schools.”

In the Economist, an article on Meatless Monday in Argentina, one of the world’s biggest consumers of beef, discusses how meat has led to increased obesity, deforestation, water shortages, and emission of climate change causing greenhouse gases.

I’ve visited K-12 school cafeterias to see the launch of Meatless Monday campaigns. Many students and teachers express curiosity and enthusiasm. I’ve seen them smile with surprise as they taste their first plant-based burger. I’ve overheard students say they like it and could eat it every day. Would that exposure to the joy of plant-based meat-eating have otherwise happened if not for Meatless Monday? Might it cause people to search for more plant-based options?

Sadly, the demand for eating farm animals is setting new records. This data provides evidence that the animal advocates’ approach may not be making significant inroads — or simply that they need to do more of it. But recent entries in the plant-based meat industry such as Beyond Meat and Impossible Foods — and the clean meat industry — hold tremendous promise for shifting consumer eating habits as they replicate taste, texture, smell, and convenience in unprecedented ways. Focusing on the macro level rather than the consumer also seems to make more sense given the stagnant effort to change one person at a time through persuasion.

Even if Meatless Monday doesn’t cause people to shift eating habits at home, the fact that millions of people aren’t, by way of this campaign, eating animals on Monday should reduce the total number of animals killed for food, improve health, and reduce climate change. And since the world is not going vegan, it may make sense to take an incremental approach if research supports the efficacy of the campaign. And since the vast majority of people don’t transition from meat-eater to vegan overnight, it may also make sense to use such a campaign to introduce them to the ease and rewards of plant-based eating.

Does Meatless Monday save lives? It should. If people eat more plant-based food, they will have fewer health problems. If fewer animals are killed for food, we’ll reduce greenhouse gas emissions which cause climate change that kills people and animals. And if more people eat plant-based food, fewer animals will be killed. But more research undergirding the impact of Meatless Monday would solidify the case.

4 thoughts on “Does Meatless Monday Save Lives?”