If ever there was a time to use your voice to help protect your health, animals, and the planet, this is it. The preposterous nomination of Scott Pruitt to lead the nation’s environmental protection agency–the antithesis of an environmental advocate and an affront to the cause of protecting America’s well-being and natural resources–is a grotesque departure from previous administrators overseeing the agency’s mission to protect human health and the environment.

Pruitt has spent his career putting corporate interests, campaign donations, and personal gain over the welfare of the environment, people, and animals.

Pruitt sued the EPA 13 times to block its regulations and called for its elimination!

Ken Cook, head of the Environmental Working Group, a Washington research and advocacy organization, said, “It’s a safe assumption that Pruitt could be the most hostile EPA administrator toward clean air and safe drinking water in history.”

Pruitt is opposed by the Environmental Defense Fund. The Fund has supported every Republican and Democrat nominee for EPA in its 50 year history.

In fact, Pruitt is so unfit to hold this position that every Democrat on the U.S. Senate Committee on Environment and Public Works refused to show up for his vote. The majority Republican members voted without them and approved Pruitt unanimously. Now Pruitt’s nomination goes to the full Senate where he requires a majority vote to formally confirm his nomination.

Now is your chance to tell your U.S. Senator how you want him or her to vote.

We need to mount enough public pressure to block the confirmation of Pruitt and demand a more suitable replacement.

Please call your U.S. Senator today and read this message:

“Hi, my name is ____, I live in your district, and I vote. My zip code is _____. I am deeply troubled by Donald Trump’s nomination of Scott Pruitt as EPA Administrator.

I’m calling to insist that as my representative in the U.S. Senate, Senator [your U.S. Senator’s last name] vote against Scott Pruitt’s nomination to lead the EPA.

Our country needs an EPA Administrator who respects science and America’s environmental laws, and who values protecting the health and safety of Americans ahead of the animal agriculture industry and taking campaign contributions from felony polluters and animal abusers such as Tyson Foods.

Pruitt sued the EPA to stop protections for public health, including standards for reducing pollution to improve air quality.

He has received more than $300,000 in donations from the fossil fuel industry and questions global warming and humans’ contribution to it.

For these reasons and many more, he is totally unqualified and unfit to lead the EPA. I want my Senator to vote against Scott Pruitt’s nomination. Thank you.” 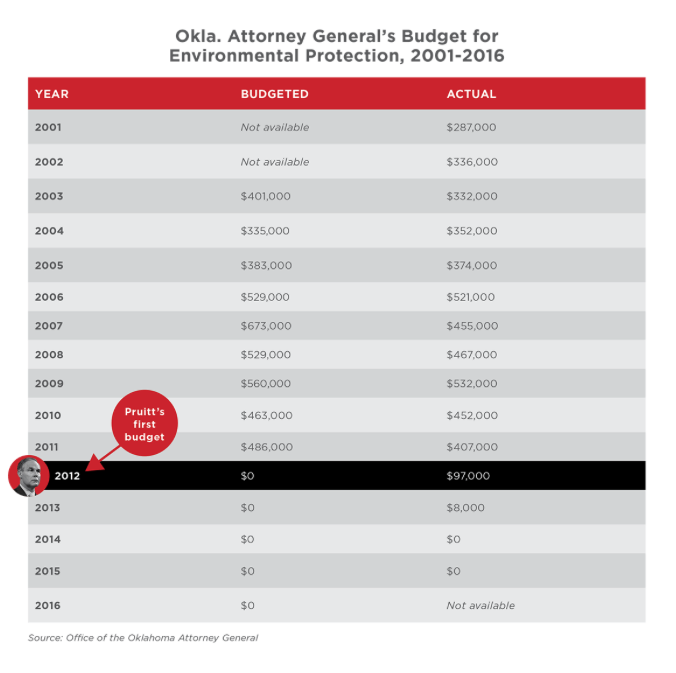 2 thoughts on “Catastrophic Pruitt for EPA Must Be Stopped”