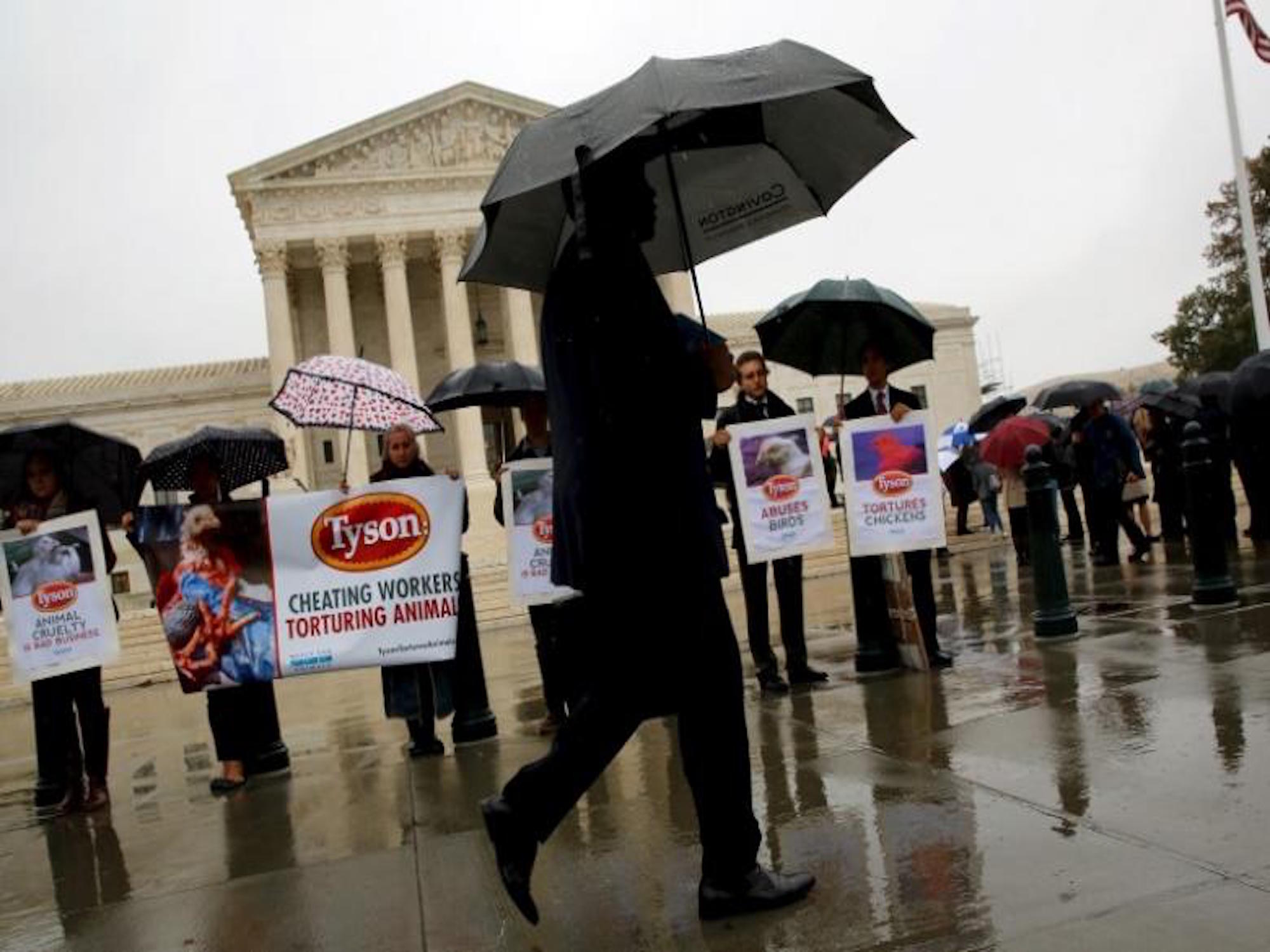 A federal judge denied Tyson Foods’ request for a new trial today in the case that awarded $5.8 million to thousands of their employees seeking back pay. The previous ruling found that Tyson failed to pay overtime compensation. The U.S. Supreme Court previously upheld the ruling in March despite Tyson’s appeal. Tyson declined to comment on the ruling.

To fully appreciate this ruling–setting the pittance of the figure itself relative to the company’s earnings aside–observers should take note of the nature of the overtime suit. The Tyson employees worked in the “kill, cut, and retrim departments” of a pork processing plant in Iowa. The U.S. Supreme Court found that the employees were not paid for the periods of time it took them to don and doff the extensive protective gear they wore. Failure to wear this gear would potentially expose them to smells, sounds, blood, machine injuries, and other hazards that most employees would be unable to endure for health, safety, and psychological reasons.

The irony should not be lost that this decision immediately follows Tyson Foods’ announcement to invest in plant-based food company Beyond Meat. Imagine the reaction of Tyson Foods’ executives the first time they tour the Beyond Meat plants and find such markedly different working conditions–absent blood spattering, screams for mercy, and the smell of death and chemicals.

To further underscore the stark difference in working conditions and show Tyson how it feels not to spend time fighting Ag Gag laws and U.S. Supreme Court lawsuits, perhaps Beyond Meat should install cameras on their production line. In contrast to Tyson Foods, they’re actually processing plants at their plants–and the plants don’t bleed, scream, or smell like death.

Tyson Foods may also want to replace their public relations department. Trying to salvage a few million dollars from a ruling in the face of their egregious record of human rights abuses, and on the heels of their environmental and animal rights wreckage, probably isn’t advisable. These aren’t the headlines shareholders want to see under a publicly traded company’s stock chart. Hopefully Beyond Meat’s humane business model will inspire Tyson Foods to change. Better for Tyson to have a role model than to be left to their own devices.