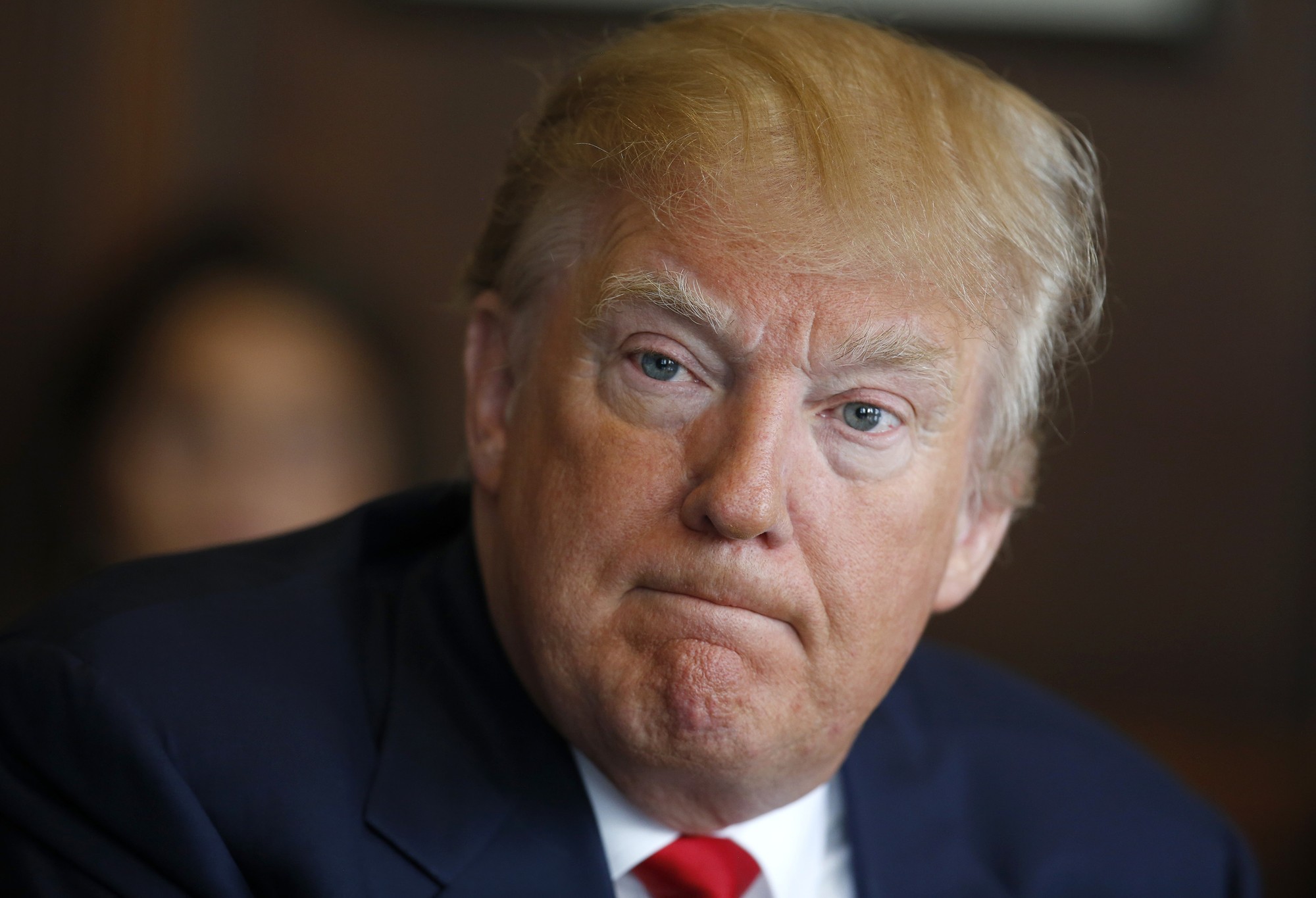 NEW YORK–In a startling admission to MSNBC’s Chuck Todd, Republican Donald Trump admitted he suffers from “major psychological issues.” This is the first time Trump has publicly admitted that he is unfit to serve as President of the United States. Here is an excerpt from the interview.

Chuck Todd (CT): What did you make of the Fox News employees accusing Fox CEO Roger Ailes of sexual harassment?

Donald Trump (DT): I told you Ailes is a great guy and the women should be grateful they had a job. Anybody who cares about women wouldn’t make a male chauvinistic statement like that. But I do. A thoughtful person would let the legal process handle it and condemn sexual harassment in the workplace. Not me. I objectify women and victim blame. I’m sick. Big time. It’s bad, very bad. Worse than Ted Cruz’s smile. But women still support me. Amazing.

CT: You’ve been quick to tweet about acts of violence without knowing the facts, like the man who killed people in Germany at a McDonald’s. It turns out he was German born, apparently suffers from a mental illness, and has no ties to ISIS.

DT: I jumped on it hoping it was a terrorist attack. I only focus on killings I can use to scare people. Discussing more funding for mental illness won’t get me votes. I actually tell people I alone can stop killing and they believe me. Imagine. How could people be so stupid? I was hosting beauty pageants a few months ago and now people think I can stop terrorism! It’s so easy to fool people.

CT: You often state that you opposed the Iraq War but you’re on the record supporting it when it began. Why do you keep lying?

DT: Because it works! I lie so much that people can’t believe someone in their right mind would lie that much so they believe it.

CT: You said corporations come first and you don’t believe in climate change. You even said you may only “leave a little of the environment.” Why should anybody who cares about people, animals, or the planet vote for someone who doesn’t care about protecting our air, water, food, and land?

DT: It’s like when I said women should be punished for having an abortion. I don’t know what the hell I’m talking about. Stuff just comes out of my mouth and people love it, okay? But no, I don’t care about the environment. It’s fine.

CT: What happened when your wife tried to hug you at the RNC?

DT: I pushed her away. And then I smacked my daughter’s rear end. The sleazy media went crazy. What kind of sick person talks about being physically attracted to his daughter? Only me! I alone! It’s not politically correct. So what.

CT: You said you got to know Putin very well when you were on 60 Minutes but you actually never met him. Your segment simply aired the same night.

DT: I’m dishonest. It’s clear we never met and were not in the same location yet people still believed me and I got away with it. Imagine. How could anyone not see that I’m a total fraud? It’s amazing. Of course I never met him but I can say anything I want.

DT: Nobody calls me out. I get away with everything. It’s like saying I got more votes than George Washington. It sounds good but of course it’s a meaningless statistic. I have major psychological problems. I’m a narcissist and a pathological liar.

CT: You often say “something is going on.” What’s going on?

DT: Nothing. It has been amazing to me that people can’t see through that when I say it. I just say that to appeal to people’s worst instincts. To win, I need to stoke fear. The American people believe anything I say! It’s incredible. I still have people searching for Obama’s birth certificate. Divide and conquer! The profit-driven media is my best ally! The more press I get, the better I do!

CT: How exactly will you defeat ISIS?

DT: Look, I barely know anything about anything. People seem to like that about me. I just say whatever I want without any regard for the truth. I make up facts. Who cares. I’m a con artist. If I wasn’t doing this, I would be playing that three shell game on the street or bullying some kids on a playground. It doesn’t matter what I say. I just need to scare the hell out of people and they will vote for me. Trust me, I haven’t even started. Am I a pot-stirring blowhard and a fraud? You bet I am. But I’m also about to be President of the United States. Wait until you see what I do once I get elected.

CT: But what will you do differently to defeat ISIS?

DT: I have no clue! I host Miss USA pageants. Why the hell do you keep asking me about ISIS?

CT: You stated that if you lose the election, we’ll never see you again. People lose all the time but they continue to fight for causes they believe in. Doesn’t your admission suggest that this really is all about you?

DT: It has always been about me. Of course it’s about me. I’m not doing this to help people. I’m doing it for the power and attention. I want to rule and believe me, I’m going to rule big time. I don’t think America has any idea how dangerous I am. They’re going to find out!

2 thoughts on “Trump Admits, “I am a Danger to America””