WASHINGTON — Speaker of the House Paul Ryan (R-WI) asked the House chamber for a moment of silence Wednesday to remember the semi-automatic rifles likely to be singled out for scrutiny due to a recent string of mass shootings. The mood was somber as Ryan read a list of the victims’ names in front of a group of distraught legislators.

“Sig Saucer MCX Rifle, AK-15, Remington R-25, Barrett REC-7, Heckler and Koch HK416, Accuracy International AS50 Sniper Rifle, FN F2000 Assault Rifle, AP4 LR-308, and the XM307 Advanced Crew Served Weapon,” Ryan said.  Sobs could be heard from the back of the chamber as Ryan rattled off the list. “We honor the memory of these guns, their high-capacity magazines, and all those who would have bought them to kill massive amounts of innocent people,” he added.

“I’ll miss being in the NRA’s pocket,” Representative Steve King (R-IA) said. “It was so cozy in there! How will we appeal to people’s worst fears now?”

NRA President Wayne LaPierre pledged to continue the fight. “The problem isn’t guns,” LaPierre explained. “The problem is people who value human life trying to prevent me from profiting from gun sales to control politicians. My only hope now is to ramp up the propaganda!”

“We will not permit Democrats to strip us of our constitutional right to pray for terrorism victims after they are murdered by semi-automatic guns we refuse to put limitations on,” said Senator Marco Rubio (R-FL), who showed up on the U.S. Senate floor for the first time in a year. “That’s what universal background checks on firearm sales will do–end our prayers!” He proceeded to repeat the same statement four more times. 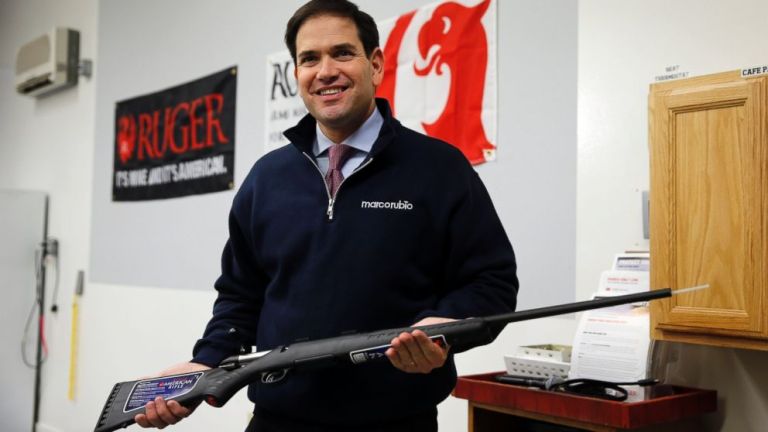