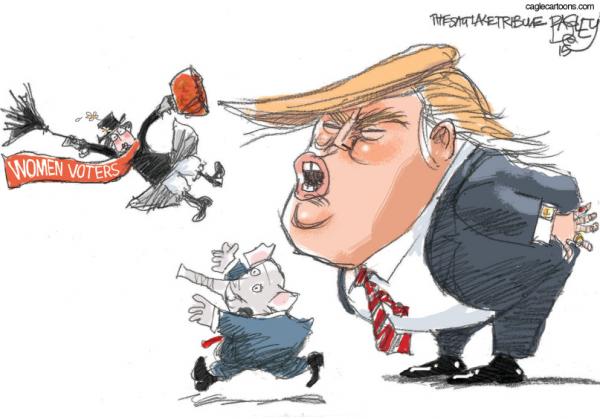 BRIDGEPORT – Ringling Bros. and Barnum & Bailey Circus is phasing out the use of elephants in their shows after a public backlash criticizing their mistreatment of the animals. The circus had argued the elephants are safer being abused in their care then they are being shot and killed by Eric and Donald Trump Jr. in the wild. The Trumps, who have been photographed holding the tail of an elephant they killed for fun, supported the decision.

Ringing Bros. confirmed today it will replace the elephants with Donald Trump, according to a spokesman. Ringling Bros. CEO Buck Evans said the company has been searching for something with the same spectacle and allure to step in for the elephants.

“We needed an exhibition that defies belief–a con man, sideshow, and carnival barker. Our search committee wanted someone truly insane, nonsensical, and incorrigible–the likes of which nobody has ever seen before. Trump was the obvious choice,” Evans explained. Trump spokesperson John Barron said he is confident Trump will make the circus great again. He added, “That I can tell you.”