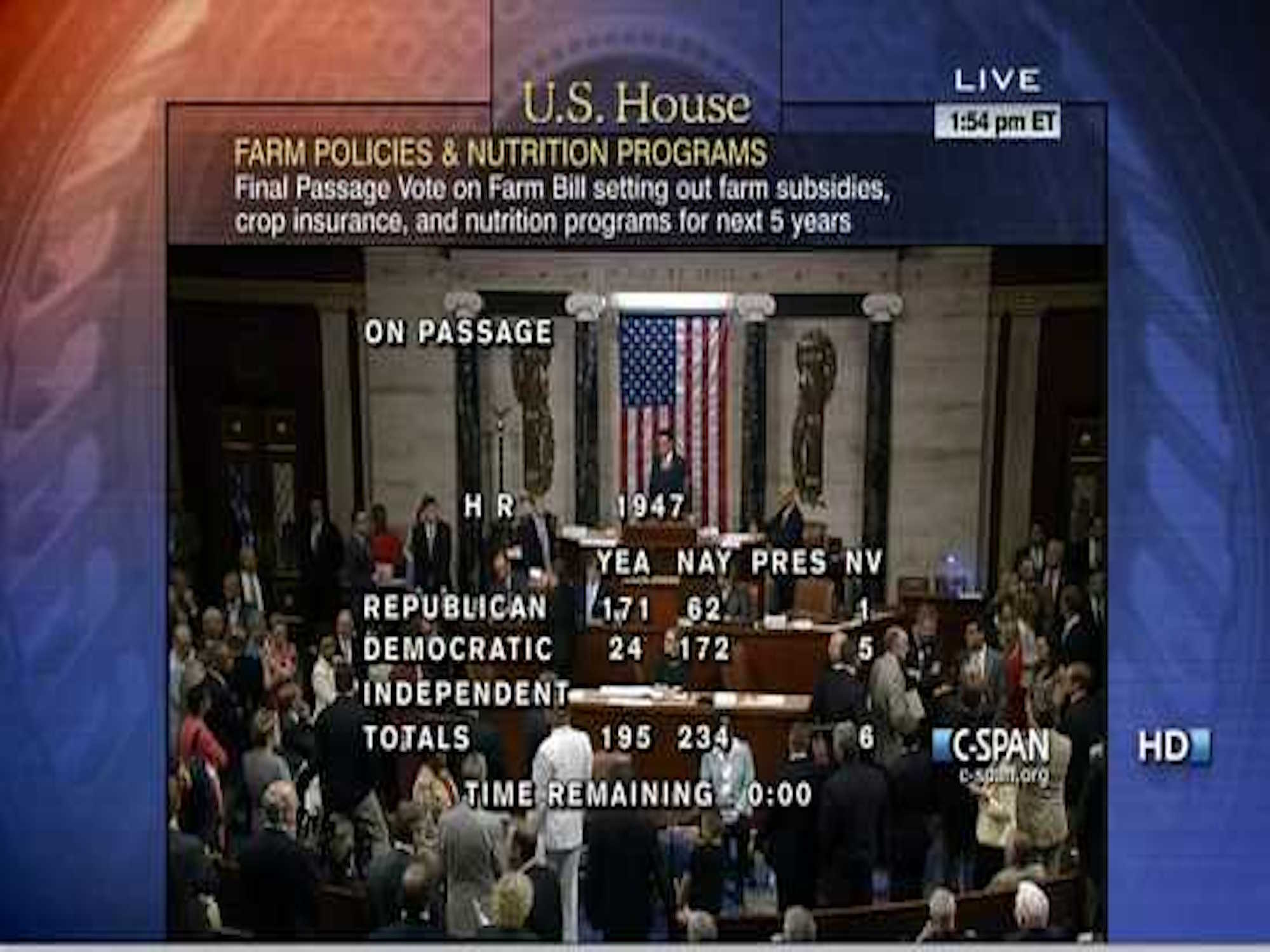 The U.S. House of Representatives narrowly defeated the farm bill today by a vote of 234-195. That’s wonderful news for animals as an amendment contained in the bill proposed by Rep. Steve King (R-Iowa) would have overturned some of the most historic state protections for animals including the ban on cruel gestation crates for pigs in Florida that 2.5 million Floridians voted to enact in 2002.

That’s the good news. The bad news is that 195 legislators in the U.S. House of Representatives actually voted for this terrible bill that would have allowed some of the worst forms of cruelty to animals to resume. Please check this list to see how your elected U.S. House member voted. If you don’t know the name of your legislator, enter your zip code at the top right of this page and it will provide you the name of your Rep. The “AYES-195” are “Yes” votes. Those legislators voted in favor of the farm bill and cruelty to animals. If your representative appears on the “AYES” list, please contact him or her via email or phone and express your dissatisfaction with his or her vote.

If left unchecked, the bill may resurface and your representative may feel equally comfortable voting for a similar amendment in a bill unless the people he or she represents express their opposition. Your representative is elected to represent your interests, not simply the interests of ruthless corporations who seek to profit from confining, abusing, and slaughtering animals. Thank you for your advocacy.

18 thoughts on “Did Your U.S. Representative Vote for Cruelty to Animals?”