Do you want to invite your pre-vegan friends, neighbors, relatives, and coworkers to try plant-based foods? Are you short a few hundred chairs at your dining room table? I’ve got the solution. Use your local grocery store!

A few months ago, after a friend told me about a vegan event at a Whole Foods in Minnesota, I wrote a letter to the Marketing Director at my local Whole Foods Market to suggest holding a “Vegan Day” with different food samples, cooking demos, and information about household products, cosmetics, shampoos, and other items not tested on animals.

I met with various members of the Whole Foods team to iron out the details and after some negotiation over the dates, times, and logistics of the event, they agreed to host a “Vegan Block Party” inside the store during which vegan vendors would provide samples to customers and Whole Foods staff would hold cooking demos, serve prepared food, and share other information to help people learn about the benefits of plant-based foods.

As part of the process, I provided a list of sample foods I thought would interest mainstream meat-eaters. I was less interested in providing whole fruits, vegetables, beans, and nuts and more interested in providing samples of food that could replace chicken, hamburgers, steak, hot dogs, cheese, and milk in similar form since they comprise the diet of the average consumer. Although I eat whole foods, effective advocacy requires us to put ourselves in the shoes of others and unfortunately not everyone shares my fervor for kale. My samples list included Gardein, Dr. Praegers, Whole Foods Chickenless Patties and veggie hot dogs, Beyond Meat, Van’s Dairy and Egg-Free Waffles and French Toast Sticks, So Delicious Ice Cream, Blue Diamond Almond Milk with raw cereal, Daiya cheese, and many more. The team also challenged each department to prepare a vegan dish.

The hundreds of people who attended the event appeared to enjoy it so hopefully it planted some seeds of compassion. It was a joy to watch people taste the food and express such enthusiasm for it. As usual, they couldn’t believe it was not derived from an animal. The most popular item was the Beyond Meat vegan pot pie! I wore my Mercy for Animals “Ask me why I’m vegetarian” t-shirt which invited several meaningful conversations. Here are a few pictures from the event. I hope this story and these photos inspire you to consider holding a similar event in your hometown. 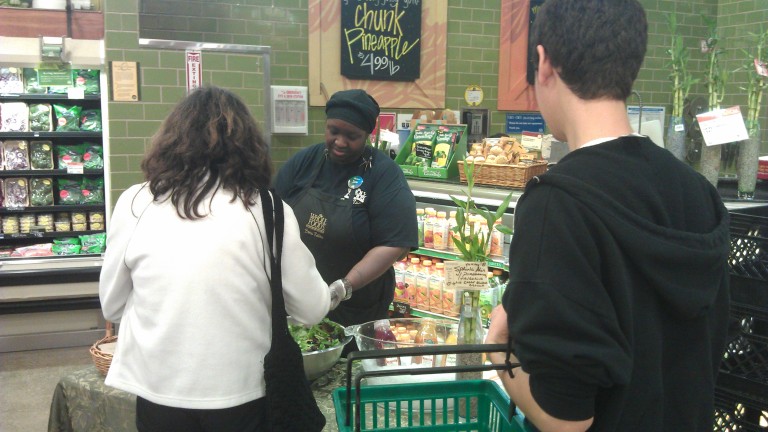 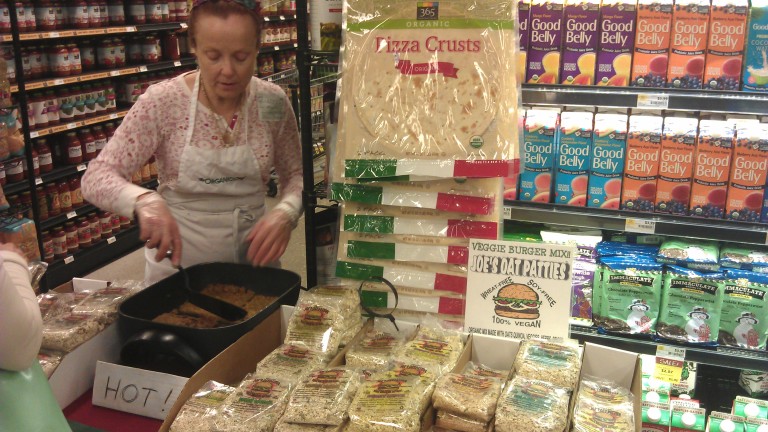 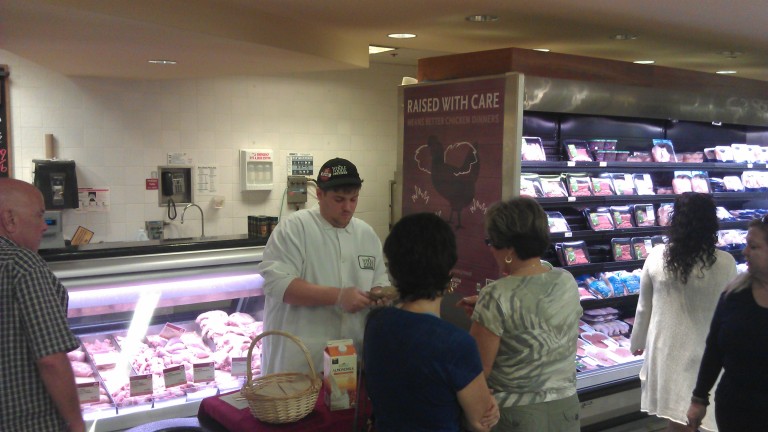 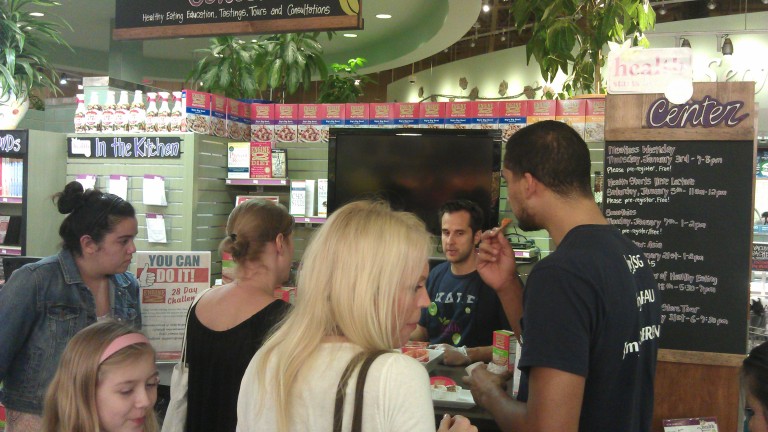 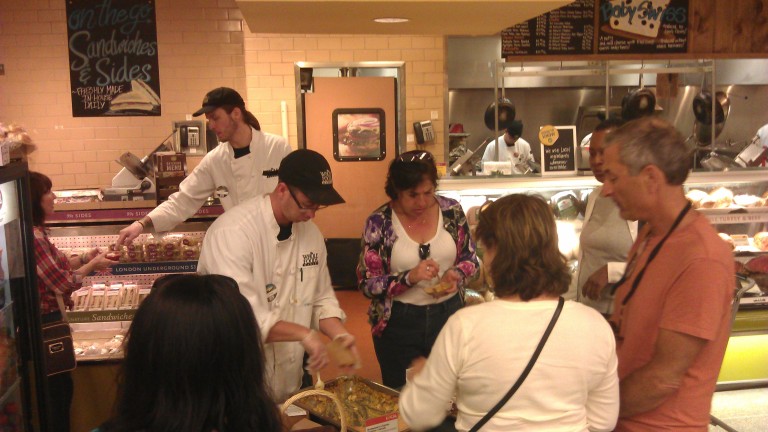 You’re probably wondering how holding this event at your local grocery store could save thousands of animals’ lives. The average meat-eater consumes 198 animals every year. If you reach a few people who make the transition and they reach a few people and so on, the impact of your event will save animals exponentially. While it is difficult to quantify, it is easy to imagine.

Special thanks to Katie and Matt at Whole Foods for leading the event and thanks to all the incredible Whole Foods team for their help, especially my friend Taylor who served the vegan beer and is now celebrating her first week as a vegan! If you decide to hold your own “Vegan Block Party,” consider advertising the event in your community. You can distribute fliers, invite VIPs (Vegans-In-Progress), post it on Twitter, and create a Facebook event page. A big turnout may inspire more events.

The success of this event inspired me to bring it to my local Publix. I met with the manager yesterday and he embraced the idea. The planning for a Publix Vegan Block Party is underway. I hope you will all join the party at a grocery store near you.

6 thoughts on “An Easy Way to Save Thousands of Animals”